Drama series examining the changes experienced by one family, in the seven decades of The Queen's reign.

The series will examine the changes experienced by one family (The Easts) in the east of England, in the seven decades from 1952 to 2022. It will be broadcast on radio stations throughout East Anglia as part of the week of celebrations marking the Queen’s Platinum Jubilee in June.

Each episode will be set in one of the decades of the Queen’s reign. Listeners will hear how one family experiences the big national moments (coronation, miners strikes, recession, Diana’s death) and also the smaller domestic issues (national service, immigration, mini-skirts, mobile phones) with a special focus on the East of England (floods, US bases, motorways, Soham).

A few family members will be in all eight episodes, but others (and their partners) will come and go, as in normal family life. The writing will reflect the changes in language and words – the increasing use of colloquialisms, Americanisms, less formality and catchphrases.

All the writers and performers involved in the project will be from East Anglia. Interstitial pop music will be used to reinforce the atmosphere of each decade and create a sense of period. 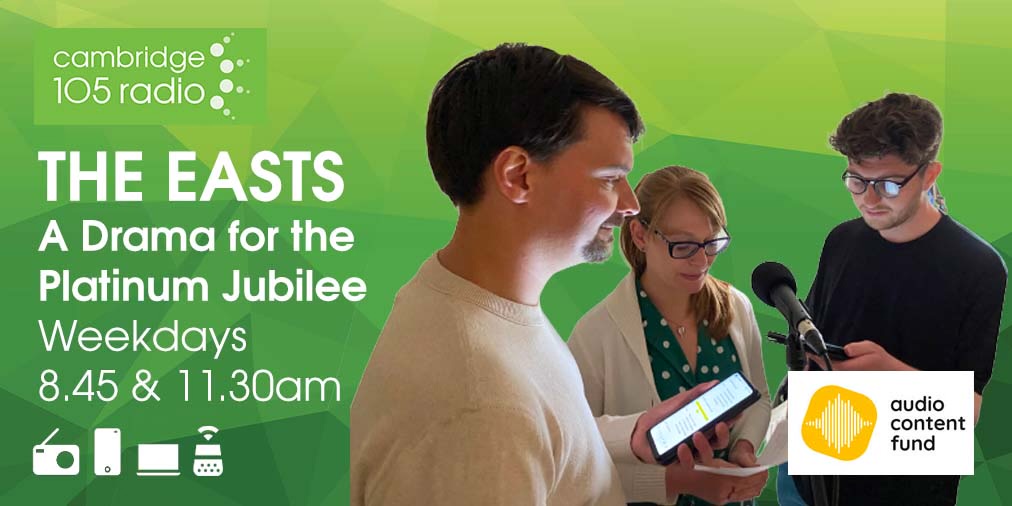